a day when one’s hair is  unmanageable

a day with many problems 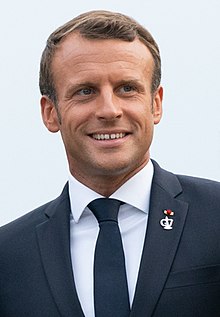 French towns you have visited will have had at least one coiffeur; probably more.  Our local town, population c 2,000, has eight! Will they all survive when lockdown is eased?  Some may not; small businesses that the coronavirus has destroyed

Les coiffeurs s’arrachent les cheveux pendant ce confinement; in other words ‘they are tearing their hair out during the lockdown.’    As they start to open again how will they cope with social distancing? No answer to that yet.

Madame and I used to patronise Christelle, a medium sized coiffeuse in the town. Her time-keeping was erratic and we parted company eventually; opening time was, shall we say, flexible. A middle-aged woman of indeterminate age she had a penchant for high heels and short skirts. From a male point of view her leaning over, thigh to thigh, was a beguiling distraction. On the female side customers had to navigate a field of hair before sitting down. Sweeping up was not one of Christelle’s  priorities.

Eventually madame asked if there was a possibility of my trying some hair colouring. As it happened I’d ordered a new set of paintbrushes before the lockdown, plus I had just finished painting some fencing, so I had my eye in as it were.  The paintbrushes were rejected as the smallest size was 2 cm. Eventually found a child’s paintbrush and madame issued me with a pair of thin latex gloves.

It was tricky; head over the basin. Make two partings, one longways back to front and one sideways, like a hot cross bun madam said.  Painting was uncomplicated, the partings  not so easy. Anyway it made a change from fencing. Only later did I find traces of blue and red paint on the handle  of the paintbrush. Madame might   have ended up looking like  the French tricolore.

For me Madame thought that I could have a top knot or a ponytail (Sean Connery had one, but then  he is rich and famous. I might just have looked eccentric). I rather fancied the ‘Peppery Texture’ as modelled by Richard Gere in ‘ 84 Sexy Hairstyles For Older Men’ in ‘Hairstyle on Point’s latest trends.

It’s intriguing how President Macron’s hairstyle has  not  changed these last two months. Is his hairdresser always by his side and what about social distancing? Did he inherit President Hollande’s personal hairdresser, reputedly paid 9000 euros a month plus accommodation for his family? When this was queried by parliament they were told the hairdresser had to be available 24/7. When Hollande set out on his secret nightly  assignations on the back of a scooter did his hairdresser follow behind disguised as a secret service agent?

Hair cuts in my youth were simple affairs – short back and sides – take it or leave it. It was a short bike ride to Cyril’s ‘salon’, a shed on the edge of town, not even a barber’s pole to advertise his trade; inside  a  wooden bench to sit on while waiting and a table with old dog-eared copies of adult magazines. When you went to pay him Cyril would wave his hand vaguely in the direction of the neat tray of Durex discreetly stacked beside the till.

‘Something for the weekend, Sir?’